You’re exhausted after a long day’s work and want something easy, comforting and healthy for dinner…in steps this butternut squash vegan tray bake. It’s full of delicious spices like sumac, toasted cumin and coriander and is finished with a creamy tahini yoghurt and a simple coriander oil recipe. Perfect for an autumn weeknight.

How to make the perfect butternut squash vegan tray bake

Nothing says autumn like butternut squash. This one was actually home grown too! Pretty remarkable really as I’ve managed to grow very little this year – although we did grow a baby in our house so that’s far more impressive. For my butternut squash vegan traybake, the squash is roasted alongside some big flavours, red onions and black olives.  These give a sweet and salty umami hit, perfect when you’re keeping things vegan.  Things are zinged up with roasted lemon slices (which are one of my favourite things) and give this vegan recipe a Moroccan feel.

To bump up the tastiness levels, chickpeas are added halfway through cooking. They go really well with the butternut squash but they also give a good hit of protein, just what you need in a vegan tray bake! Once everything is sizzling up beautifully and has a golden sheen, it’s time to finish things off. To add a freshness to this Moroccan vegan dish, I went with a super simple coriander oil recipe. Just whizz up a good handful of fresh coriander leaves with oil and a squeeze of lemon.  Next I found a vegan yoghurt alternative made from soya. Mix this with a good dollop of tahini to make a really easy vegan tahini yoghurt.

To serve the butternut squash traybake, spoon over some of the tahini yoghurt. Next, drizzle with the coriander oil.  Lastly, you want to give this vegan tray bake one final flavour boost using some really fragrant spices. Toast cumin and coriander seeds until they smell absolutely beautiful, but keep an eye on them to stop them burning, just a minute should do the trick. Lightly crush the spices with the side of a knife then sprinkle over the vegan tray bake along with sumac (it works so well with the roast lemon slices!)

The whole recipe take no time at all, but really lifts the spirits on these ever shortening days. If you fancy turning things into a middle eastern feast, this butternut squash traybake would go really nicely with these delicious koftas or this super tasty Ottolenghi recipe 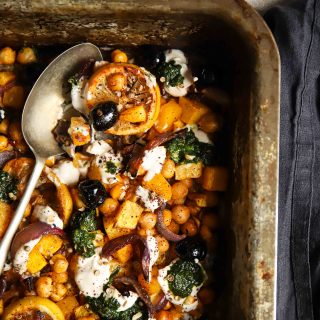 What are the benefits of eating sumac?

Research shows that one of the main benefits of eating sumac is that it’s rich in antioxidants. This helps protect the cells in our body. Sumac has also been show to balance blood sugar levels too.

What’s a good substitute for sumac?

Sumac has a nice lemony flavour, so unsurprisingly lemon zest and juice can be a good substitute for sumac. Za’atar also contains so sumac, so if you can’t get your hands on any, see if you can get za’atar instead. Marvelous Chef has some good suggestions too! 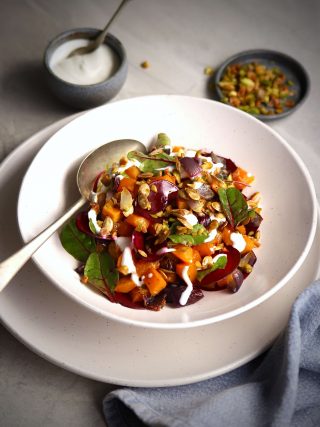 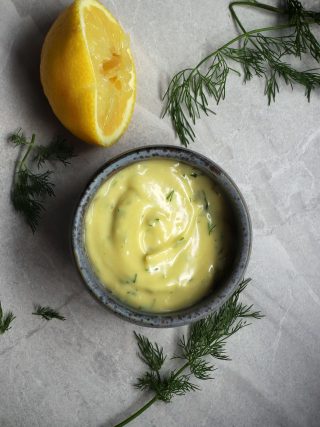 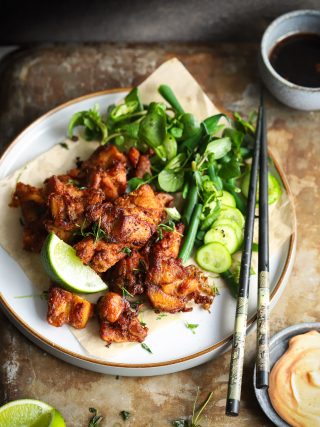 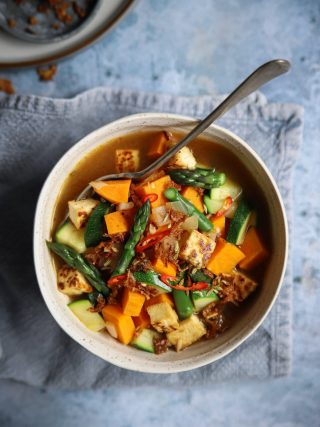 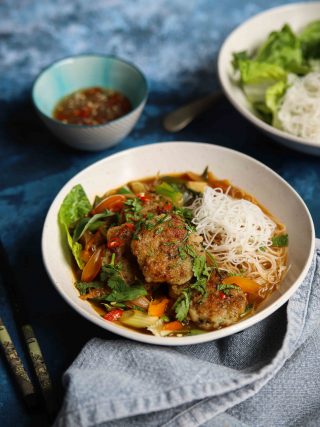 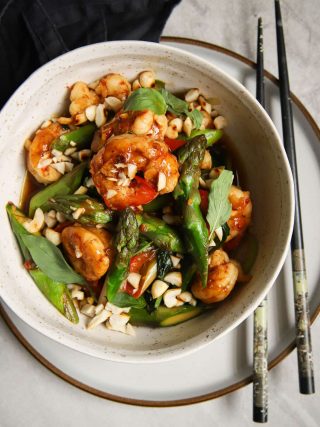 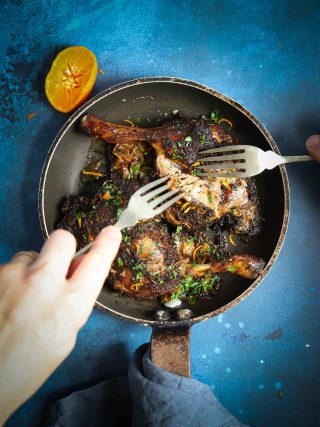 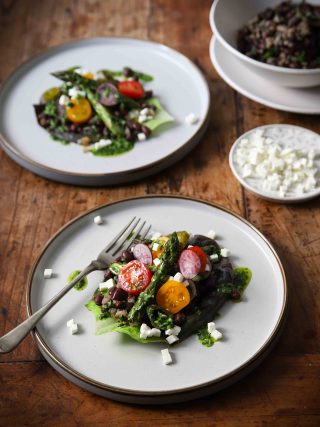